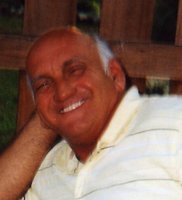 Donald “Ralph” Cannady, 63 passed away after a month long battle on Sunday, October 23, 2016 at St. Francis Hospital. He was born April 11, 1953 in Greenville to the late Clarence and Bertha (Spelts) Cannady. Besides his parents, he is predeceased by five brothers and one sister. He is survived by his wife of 45 years, Elizabeth “Irene” Cannady; a son, Timothy Cannady and wife Cindy, a daughter, Jennifer Cannady DeBerry; two grandsons, Dalton Cannady and Garrett DeBerry; two granddaughters, Ashley Cannady and Rylee DeBerry; a brother, Roy Cannady; and a sister, Betty Cannady Templeton. Ralph also had many nieces, nephews, cousins, coworkers and friends that he loved. Join us for his last ride on Saturday, October 29th at 2pm at Fletcher Funeral Service, with visitation on Friday, October 28th from 5:30pm to 7:30pm. Classic cars and 18 wheelers welcomed.