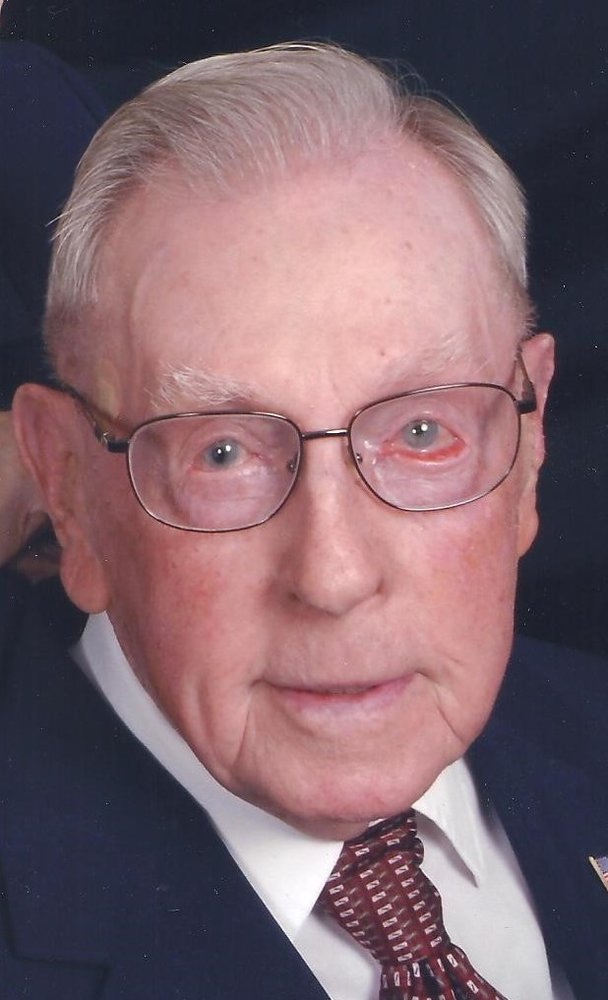 Boyd J Eudy, husband of the late Martha Lowe Eudy, passed away Monday, November 18th in Athens, Alabama.  He was born on May 31, 1922 in Gastonia, North Carolina to the late Jason Howell and Bertha Cook Eudy.  He is survived by his son, Robert A.  Eudy of Canton, Georgia and his daughter, Janet E. Hart (Richard) of Athens, Alabama and two grandsons, Chase M. Hart (Alex Bair) of Denver, Colorado, and Jason H. Hart (Sara) of Windsor, Colorado.  Prior to moving to Alabama in 2017, Mr. Eudy had been a resident of Simpsonville for over fifty years.

He was retired from Britt-Clary Food Brokerage Company, a member of the Mauldin First Baptist Church and Mauldin Masonic Lodge.  He was also a member of Fox Run Country Club in Simpsonville and spent many days playing golf with the senior golfers after his retirement.  He enjoyed gardening and especially making birdhouses, toys for his grandchildren, and other projects from wood in his workshop.

Boyd was a veteran of World War II having served in Europe with the 465th Engineer Company.  He had been a member of the American Legion and was privileged to participate in one of the Honor Flights to Washington from Greenville.

The family will receive visitors at Fletcher Funeral Service in Fountain Inn, South Carolina on Thursday, November 21st from 5:00-6:30.  A graveside service will follow on Friday, November 22nd at 1:30 at Graceland East Memorial Park  in Simpsonville. In lieu of flowers, the family requests that  memorials may be made to Mauldin First Baptist Church, Mauldin, South Carolina.

Share Your Memory of
Boyd
Upload Your Memory View All Memories
Be the first to upload a memory!
Share A Memory
Plant a Tree