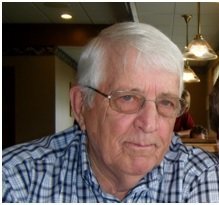 Ronald, the son of Walter and Myrna (Bradshaw) Telfer, was born on January 5, 1936 in rural Prairie City, Iowa. He lived in Prairie City, Colfax and Newton. Ronald served in the U.S. Army. Ronald was a farmer for many years and worked hard to be a great provider for his family. Ronald was an over-the-road truck driver, driving full time for over forty-five years and was a member of the Million Mile Club, earning this distinguished honor multiple times.

Ronald was united in marriage with Janet (Jan) Layton Waters in 1960 and later divorced.  Ronald enjoyed being outside, working in his yard and gardening.  He was a loving and caring husband, dad, grandpa, and brother.

Share Your Memory of
Ronald
Upload Your Memory View All Memories
Be the first to upload a memory!
Share A Memory
Plant a Tree