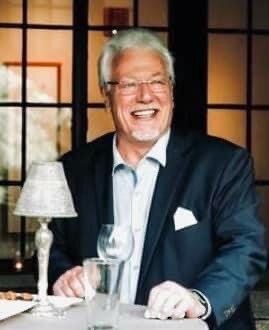 Please share a memory of Pat to include in a keepsake book for family and friends.
View Tribute Book
We are deeply saddened by the death of our father, brother, grandfather, great grandfather, uncle and friend, Patrick Gene Shields. Patrick died unexpectedly at Bon Secours’ St. Francis Hospital in Greenville, SC after a brief battle with Leukemia. Patrick was born in Wellsville, NY to the late C. Lawrence Shields Jr and Dorothy Holub Shields. He graduated in 1966 from Wellsville High School and went on to attend the University of Pittsburgh’s School of Engineering. Patrick’s professional career included several entrepreneurial startup companies. In the 1970’s Patrick and his father founded Control Chief Corporation of Bradford, Pa., which eventually merged and went public with Digimetrics Corporation of Utica NY. His next endeavor was the founding of SPC Technologies, a contract manufacturer building small run circuit boards for military and commercial customers. Patrick finished his career managing multiple Jackson Hewitt franchises and his own tax firm. Throughout his life, volunteer work filled Pat’s “spare time”. He was an active member of the Bradford Lions Club and could be found on Friday nights manning the concession stand at the Bradford High School Football games. For several years, he chaired the United Way of Bradford campaigns. After moving to Leonardsville, NY, he became deeply involved in the volunteer fire department as their treasurer and head “egg cook” at the monthly charity breakfasts. After retiring Patrick enjoyed traveling abroad with friends and family to Ireland and Italy as well as spending winter’s in South Carolina with his brother Dan and his sister-in-law Diane. Patrick never met a stranger. He always could tell a great story and a funny joke to put people at ease. He was generous with his time and lending a helpful hand. He loved having dinner parties with his friends and was an exceptional cook. His friends would often come by for a sip of wine and enjoy his gardens. Pat made annual trips back to visit much loved classmates, relatives and friends in Wellsville, Alma and Leonardsville NY. Pat is survived by his son Chad (Sheila) Shields; his grandchildren Colin, MaKenzie, Jessi (Adam) Stephens, Lauren Stephens and great granddaughter Annabelle Haney; “bonus daughters” Cara Lee Chamberlain and Brenda Mazza, Brother Dan (Diane) Shields, Sister Janine (Doug) Bell, many nieces and nephews, as well as his beloved dogs Jada and Jackson. Cremation services will be handled by Fletcher Funeral Home in Simpsonville, SC. Forthcoming will be the announcement for his Celebration of Life and the spreading of his ashes on his grandfather’s farm in Alma, NY. In lieu of flowers, contributions and memorials can be sent to the Leonardsville Fire Department at PO Box 185, Leonardsville, NY 13364 or the Red Ribbon Resale benefitting AID Upstate at 803 Pendleton St., Greenville, SC 29601.