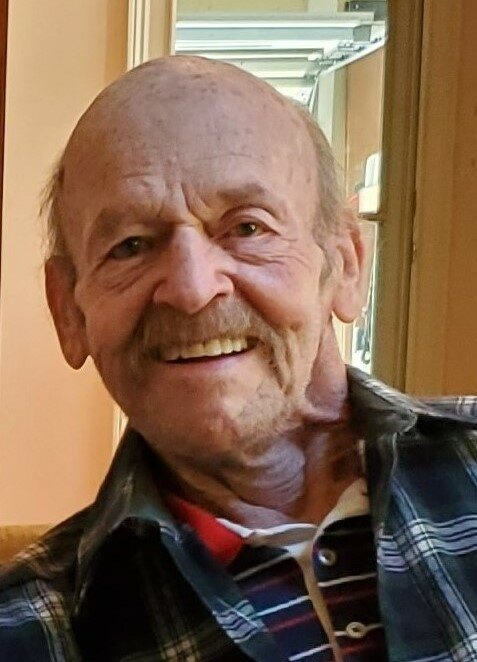 Please share a memory of Donald to include in a keepsake book for family and friends.
View Tribute Book
Donald Ray Hall, 83, husband of Betty Finley Hall, went peacefully to be with the Lord on Thursday, January 27, 2022, surrounded by his wife and daughters. Mr. Hall was born in Greenwood, SC, to the late Gamewell Hall and Lila Thompson Hall. In his younger years he proudly served in the US Army, and the City of Greenville, SC Police Department. After furthering his education, the remainder of his career was spent working as an electrical engineer with Fluor Daniel Construction Company. He loved spending time with family, was an avid golfer and history buff. With a quick wit, an infectious smile and a sparkle in his eyes, Ray’s positive outlook touched all who knew him. He enjoyed time outdoors, hunting, fishing, hiking, and camping. He and his brothers enjoyed singing and playing guitars. An avid civil war history buff, Ray was a member of the Sons of the Confederate Veterans, Dickson L Baker Camp 926 of Hartwell, Georgia, and was a 60-year member of the Ancient Free Masons of South Carolina, Walden Lodge, No. 274. Surviving, in addition to his wife of 62 years, are two daughters, Donna Black (John) and Connie Head (Russell); four grandchildren, Brandon Sexton (Corwin Weskamp), Lindsay Wood (Derrick), Donald John Head, Kevin Head (Austin Scherr); three great-grandchildren, Greta Sexton, Nico Sexton, and Griffin Wood; two brothers, William R. (Bill) Hall, Charlie T. Hall, two brothers-in-law, four sisters-in-law, and several nieces and nephews. He was preceded in death by his loving parents and his brother, Joseph Gamewell Hall. The family would like to thank Chris from Affinity/Bridgewater Hospice and Nissa, Carla, Teresa, and Eric of Bridgeway Hospice Care for their love and support during this difficult time. A Remembrance Service will be held at 2pm Sunday, February 6th, in the chapel of Fletcher Funeral Service, 1218 North Main Street, Fountain Inn, SC. The family will receive friends one hour prior to the service. Burial with military honors will follow in Greenville Memorial Gardens. Arrangements are being provided by Fletcher Funeral Service (Fletcherfuneralservice.com) In lieu of flowers, donations can be made in Ray’s honor to the Alzheimer’s Association, Georgia Chapter. www.alz.org/georgia
Print
Sunday
6
February